In the summer of 1932, on the banks of Minnesota's Gilead River, the Lincoln Indian Training School is a pitiless place where Native American children, forcibly separated from their parents, are sent to be educated. It is also home to Odie O'Banion, a lively orphan boy whose exploits constantly earn him the superintendent's wrath. Odie and his brother, Albert, are the only white faces among hundreds of Native American children at the school. After committing a terrible crime, Odie and Albert are forced to flee from their lives along with their best friend, Mose, a mute young man of Sioux heritage. Out of pity, they also take with them a brokenhearted little girl named Emmy. Together, they steal away in a canoe, heading from the mighty Mississippi in search of a place to call home. Over the course of one unforgettable summer, these four orphan vagabonds journey into the unknown, crossing paths with others who are adrift, from struggling farmers and travelling faith healers to displaced families and lost souls of all kinds. 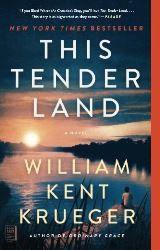 The Paris Library by Janet Charles

Paris, 1939. Young, ambitious, and tempestuous, Odile Souchet has it all: Paul, her handsome police officer beau; Margaret, her best friend from England; her adored twin brother Remy; and a dream job at the American Library in Paris, working alongside the library's legendary director, Dorothy Reeder. But when World War II breaks out, Odile stands to lose everything she holds dear - including her beloved library. After the invasion, as the Nazis declare a war on words and darkness falls over the City of Light, Odile and her fellow librarians join the Resistance with the best weapons they have: books. They risk their lives again and again to help their fellow Jewish readers. When the war finally ends, instead of freedom, Odile tastes the bitter sting of unspeakable betrayal. Montana, 1983. Odile's solitary existence in gossipy small-town Montana is unexpectedly interrupted by Lily, her neighbor, a lonely teenager longing for adventure. As Lily uncovers more about Odile's mysterious past, they find they share a love of language, the same longings, the same lethal jealousy. Odile helps Lily navigate the troubled waters of adolescence by always recommending just the right book at the right time, never suspecting that Lily will be the one to help her reckon with her own terrible secret. Based on the true story of the American Library in Paris, The Paris Library explores the geography of resentment, the consequences of terrible choices made, and how extraordinary heroism can be found in the quietest of places. 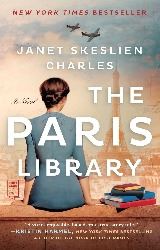 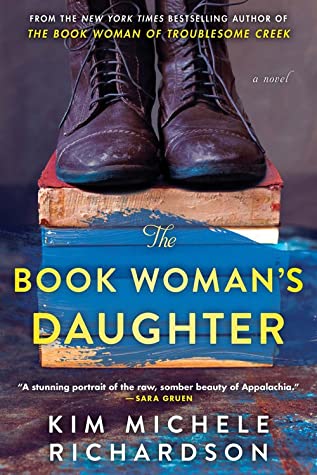 Bestselling historical fiction author Kim Michele Richardson is back with the perfect book club read following Honey Mary Angeline Lovett, the daughter of the beloved Troublesome book woman, who must fight for her own independence with the help of the women who guide her and the books that set her free.

In the ruggedness of the beautiful Kentucky mountains, Honey Lovett has always known that the old ways can make a hard life harder. As the daughter of the famed blue-skinned, Troublesome Creek packhorse librarian, Honey and her family have been hiding from the law all her life. But when her mother and father are imprisoned, Honey realizes she must fight to stay free, or risk being sent away for good.

Picking up her mother’s old packhorse library route, Honey begins to deliver books to the remote hollers of Appalachia. Honey is looking to prove that she doesn’t need anyone telling her how to survive, but the route can be treacherous, and some folks aren’t as keen to let a woman pave her own way. If Honey wants to bring the freedom that books provide to the families who need it most, she’s going to have to fight for her place, and along the way, learn that the extraordinary women who run the hills and hollers can make all the difference in the world. 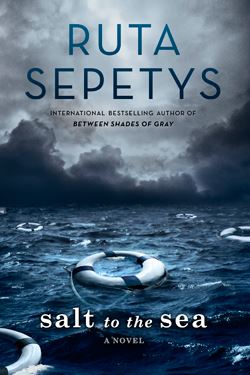 Salt to the Sea by Ruta Sepetys

While the Titanic and Lusitania are both well-documented disasters, the single greatest tragedy in maritime history is the little-known January 30, 1945 sinking in the Baltic Sea by a Soviet submarine of the Wilhelm Gustloff, a German cruise liner that was supposed to ferry wartime personnel and refugees to safety from the advancing Red Army. The ship was overcrowded with more than 10,500 passengers — the intended capacity was approximately 1,800 — and more than 9,000 people, including 5,000 children, lost their lives.

Sepetys (writer of 'Between Shades of Gray') crafts four fictionalized but historically accurate voices to convey the real-life tragedy. Joana, a Lithuanian with nursing experience; Florian, a Prussian soldier fleeing the Nazis with stolen treasure; and Emilia, a Polish girl close to the end of her pregnancy, converge on their escape journeys as Russian troops advance; each will eventually meet Albert, a Nazi peon with delusions of grandeur, assigned to the Gustloff decks.

Request Salt to the Sea